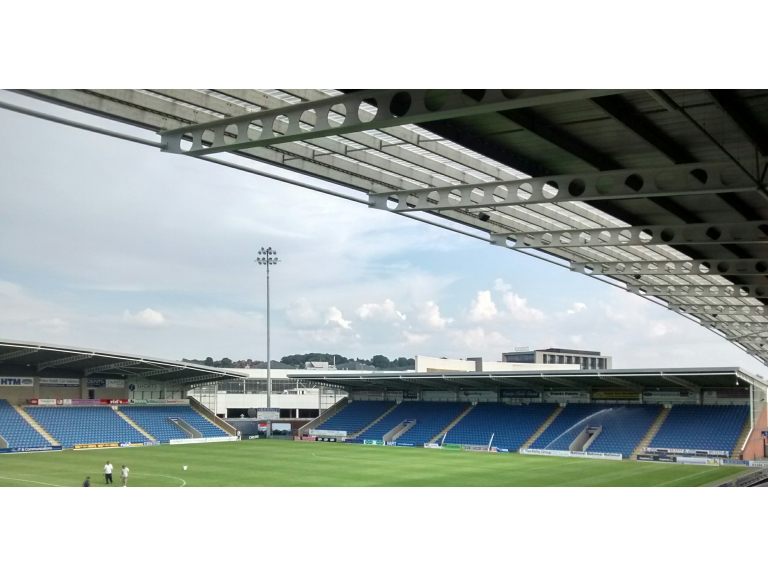 Chesterfield prevailed last night at the Proact Stadium by a 2-0 scoreline after extra-time, courtesy of two Sam Clucas goals. One a simple tap-in, the other a stunning effort from outside the box that ultimately sent the Spireites through to the fourth round of this year’s FA Cup.

Paul Cook named an unchanged side from Saturday’s home victory against Port Vale for this particular encounter.

In the opening moments, Cook’s men almost took an immediate lead through Tendayi Darikwa’s low shot from close range following an inviting Eoin Doyle cross although Sam Slocombe reacted well to palm the ball to safety. After breaking free of the visitors’ defence, Doyle attempted an audacious chip when through on goal but once again Slocombe was there to prevent an opener.

Romuald Boco tried to succeed where Chesterfield’s Irish talisman had previously failed with a chipped effort of his own but on this occasion Slocombe caught with relative ease. A rare foray into the Spireites’ half of the field occurred mid-way through the first-half, as Lyle Taylor found himself in acres of space behind the back-line yet seemed to panic and fired the ball straight into the stands.

An ideal way to describe the first period would be one-way traffic, with a constant wave of Chesterfield attacks forthcoming. Just before the break, Sam Morsy unleashed a low and driven strike that landed safely into the arms of a resolute Slocombe.

After the break, the Spireites started exactly as they finished the previous 45 minutes as Doyle was fed by an advancing Darikwa and struck first-time before watching the ball sail narrowly wide of the post. Former Yeovil Town striker Paddy Madden then tried his luck from 30 yards, but Tommy Lee was never troubled.

The most inviting situation involved tonight’s captain, Morsy went through one-on-one with Slocombe before wasting the opportunity with a sideways pass that ultimately failed to reach a fellow member of the attack. Chelsea loanee Alex Davey suddenly drove forward before releasing a hopeful cross of his own, which in the end trickled out for a throw-in.

A quick delivery arrived in the penalty area from Gary Roberts on the left-hand side, there were inadequate attempts to make a clearance and the ball eventually fell to a confident Charlie Raglan, whose volley was made insignificant due to a deflection on its way towards goal. As neither side broke the deadlock within 90 minutes, we headed into extra-time at the Proact Stadium.

Coming off the substitutes’ bench, Terry Hawkridge fought through a line of bodies before failing to test Lee with a strike that lacked conviction. Then, with the first 15-minute period almost over, Clucas popped up with an opener as he met a low Doyle pass across the face of goal and finished with a simple tap-in from a matter of yards.

In the 117th minute, the Spireites grabbed a deserved second and sealed certain victory through a moment of individual brilliance. Clucas arrived at the appropriate moment to meet a short pass on the edge of the area, seconds prior to producing a magnificent curled effort that left Slocombe with no chance whatsoever of making a save.