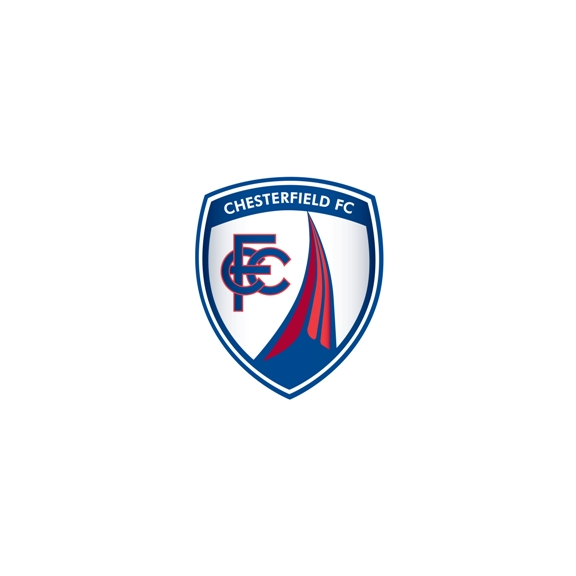 Chesterfield prgressed to the next round of the  JPT after a 1-0 victory at the One Call Stadium.

An unintentional touch from Ian Evatt in the opening stages led to the ball falling at the feet of Lee Stevenson, but his shot went over the crossbar. Stevenson was through on goal again, although Tommy Lee pulled off a superb save with his legs.

The first chance of the game for the Spireites came courtesy of a Chris Porter overhead kick, but it never troubled Alan Marriot. On the counter, Colin Daniels advanced up the wing only for Sam Hird to bring him down with a late tackle, which earned him a yellow card. A speculative effort from Jay O’Shea followed, which never worried Marriot.

Another O’Shea strike sailed wide of goal, as both teams searched for an early goal. A succession of blocks from the visitors’ defenders meant they avoided conceding at their own end. A Calvin Andrew shot went wide when it should have hit the target. A Porter header was then caught comfortably by the Mansfield goalkeeper.

On the stroke of half time, Jamie Devitt took a free-kick which was palmed away by Marriot for a corner. A defensive clearance followed, as both teams went in level at the break.

After the restart, Porter squandered a golden chance when he met O’Shea’s cross in the penalty area. Another opportunity fell to Porter, although he failed to take advantage with a poor header.

Whenever the home side attempted a shot on goal, a defender was there to put his body on the line. You could tell the away side were determined to avenge the defeat to Mansfield in the league. Moments later, a Gary McSheffrey shot sailed high and wide of goal.

With just under 20 minutess to go, Chesterfield opened the scoring. A long ball was headed down by Porter which found McSheffrey, who calmly finished into an open goal, whilst Mansfield’s claims for a foul on Marriot were rejected. An injury to Ritchie Sutton ensued, causing a lengthy delay in proceedings.

The home side came back into the game, but the visiting defence held firm. Goalkeeper Lee was also in top form, making many impressive saves. The referee decided that there would be 14 minutes of added time because of the injury to Sutton.

Tendayi Darikwa was then introduced in the place of Devitt. A late Mansfield header never troubled Lee. As Chesterfield began to try and see the game out, they used another substitute by replacing McSheffrey with Ollie Banks.

A surging run from the former FC United of Manchester midfielder led to a shot that was always going wide. Oliver Palmer had a curling effort for the Stags, only for Lee to pull off a magnificent save in which he tipped the ball out for a corner. The last action of the match came from a Porter shot from close reange, but it bounced off the crossbar and out of play.

A win for Chesterfield against the club’s fiercest rivals will do no harm to their confidence, ahead of a tough game against second placed Fleetwood on Saturday.