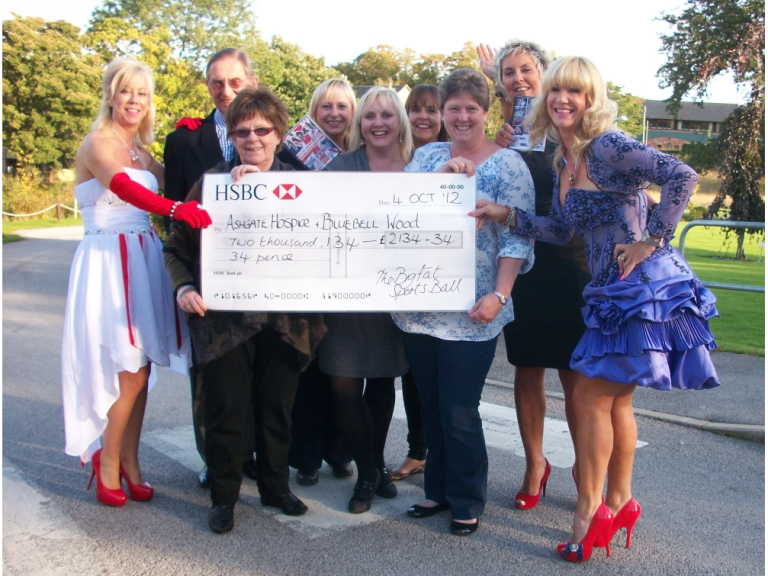 The Ball which was (Red, White & Blue) ‘Proud to be British’ also saw a Winter Olympian in attendance – Ellie Koyander  from Tideswell who is the British No. 1 Mogul Skier and also a torch bearer for the Olympics, attended the Ball with her Torch and had photos taken with attendees.

The Ball, which was great success raised just over £2100 to be split between Ashgate Hospice and Bluebell Wood.

The cheques were handed over to the two charities at Ashgate Hospice last week.