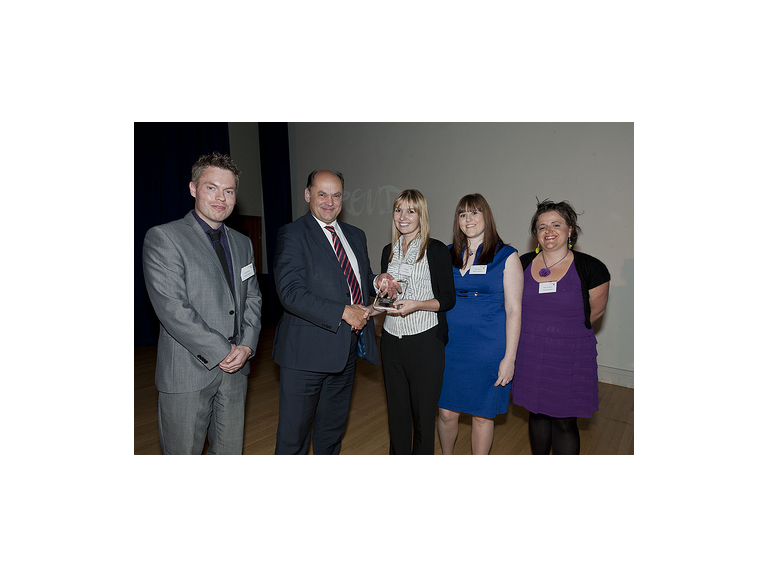 A North Derbyshire accountancy firm has been named as one of the East Midlands’ best employers in the regional final of the National Apprenticeship Awards and National Training Awards 2012.

The finalists and winners were announced at a high profile joint awards ceremony organised by the National Apprenticeship Service, which was held at the Pera Conference Centre on Friday 28th September.

Coleman Bradshaw were a regional finalist in the Small Employer of the Year category, and were highly commended.

The business has employed and trained 9 apprentices in the 7 years that they have been established, and the two directors Scott and Hayley Bradshaw, who live in Hasland, started out as apprentices themselves.

Their successful entry for the awards was further supported by the fact that the two most recently qualified apprentices, Alicia Williams and Elle Houghton, are now both in senior management roles within the company and look after the needs of the majority of Coleman Bradshaw’s clients.

“We are delighted that our strong values of giving young people opportunity and responsibility early in their careers has received such glowing recognition.  It also says a lot about the ambition and commitment of our apprentices, to be able to play such major roles in our business” said director Scott Bradshaw.

“There are not many people at the age of 22 that can say they have had such a variety of experience and opportunity” added team leader Alicia Williams.

Karen Woodward, Divisional Apprenticeship Director, from the National Apprenticeship Service, said: “This year’s awards were a terrific showcase of the outstanding wealth of talent that we have across the East Midlands.  Given the volume and high calibre of entries we received, I’d like to take this opportunity to congratulate Coleman Bradshaw for this superb achievement.  They are a testament to the many benefits Apprenticeships and training bring to businesses, allowing employers to tap into new raw talent, up-skill their staff and grow.”

The East Midlands awards ceremony was supported by Pera Training and Pera Conferencing.

Visit www.apprenticeships.org.uk or call 08000 150 600 to find out more about Apprenticeships. For more information about The Skills Show go to www.theskillsshow.com