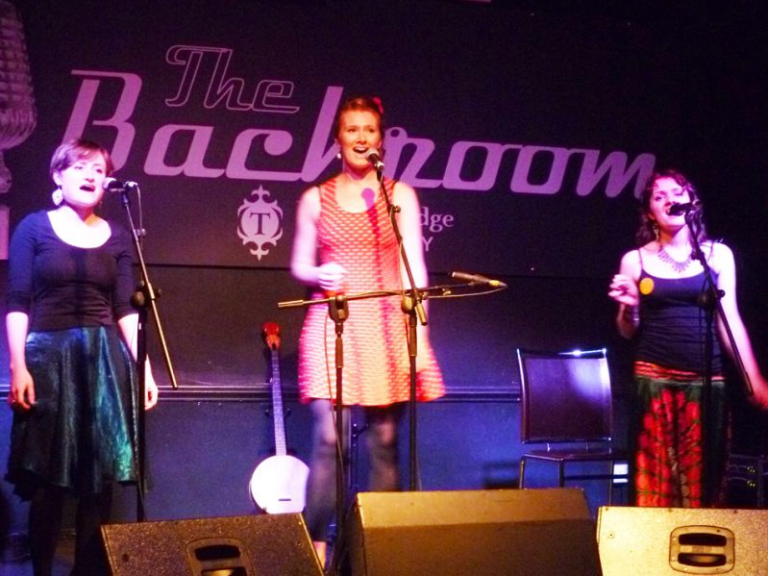 Friday 28th October will see the first concert at Hollingwood Hub. Lady Maisery will be performing at the Chesterfield Canal Trust’s new home.

Doors will open at 7 p.m. and the concert will start at 8 p.m. Nona’s Coffee Shop will be open beforehand and during the interval. There is an onsite car park.

Inspired by folk singing traditions of the UK and northern Europe, Lady Maisery sing songs and ballads both unaccompanied, and with backing from their combined instrumental talents on accordion, harp and fiddle. They are one of the first groups to revive the tradition of diddling or singing tunes, which has nearly died out in the England, but is still prevalent in Scandinavia and other parts of Europe.

Be prepared to be enchanted by rich harmonies and sumptuous clashes as Lady Maisery emerge as one of the most original groups to arise in the UK folk scene this year!

Hollingwood Hub is the restored and extended Hollingwood Lock House that was opened this summer. It has already proved very popular, but this concert marks a fresh departure. Trust Membership Secretary, Kath Auton, said “We are delighted to be hosting our first concert at the Hub. We have a couple more lined up for next spring. We hope that they will prove popular both with our members and the wider public.”