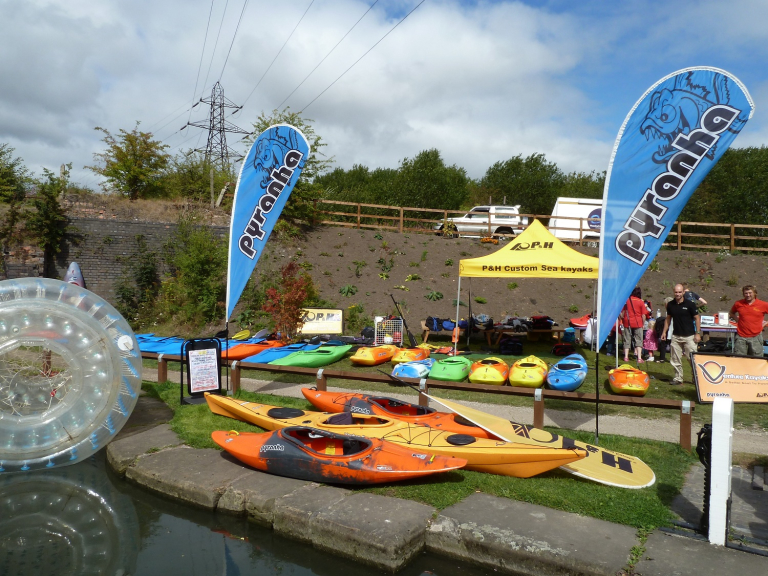 The Festival will be open from 10 to 5 on the Saturday and Sunday 1st July. It will be formally opened by the Duke of Devonshire.  Admission is just £3 and FREE for under 12s.

Amongst a host of attractions, the Chesterfield Canal Trust will be running all three of its tripboats. Hollingwood trips can be booked in advance by ringing 01246 477569. Fares are £5, or £3 for concessions.

Entertainment will be both inside and outside and will include:

Of course there will also be dozens of stalls, lots of food outlets and a Real Ale bar.

On the Saturday night there will be a concert by The Swing Commanders. Tickets for this concert cost £10 and can be purchased online via the Chesterfield Canal Trust website or by ringing 01246 477569. The Trust is very grateful to Markham Vale for its sponsorship of the Arts events at the Festival.

At the same time, Barrow Hill Roundhouse will be running Steam Open Days. You will be able to have as many steam train rides as you like as well as looking round the whole site and shop. Admission will be £5, children £3. There will be shuttle buses running between the two events.