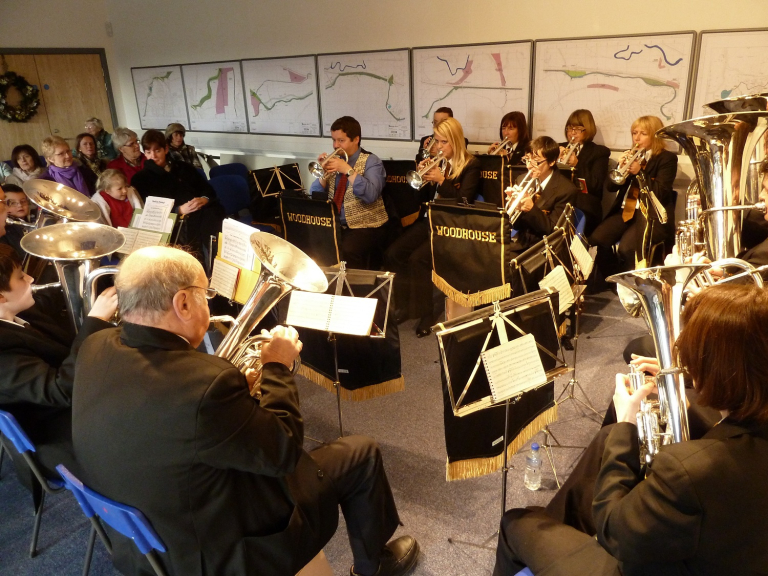 Woodhouse Prize Band gave a concert at Hollingwood Hub on Saturday morning. Lots of people came to enjoy a mixture of rousing carols and more modern tunes. There was also a raffle and tombola.

The Band was formed in 1853. It was originally called Handsworth Woodhouse, but soon became Woodhouse Band when the two parishes split. The "Prize" was added after winning many contests. They even beat Black Dyke Mills, albeit in the late 1800s! They are very proud of being a village Band and are totally self supporting, receiving no sponsorship of any kind.

The Trust will be running Santa Special cruises from Hollingwood Hub every day from Wednesday 21st to Saturday 24th December. To book, call in at Nona's or ring 01246 477569.

This rounded off a great week for the canal, because the new Staveley Town Basin started to be filled on Wednesday. This is a very slow process but it should be completely full by the New Year. It will be the site of the Chesterfield Canal Festival next summer.