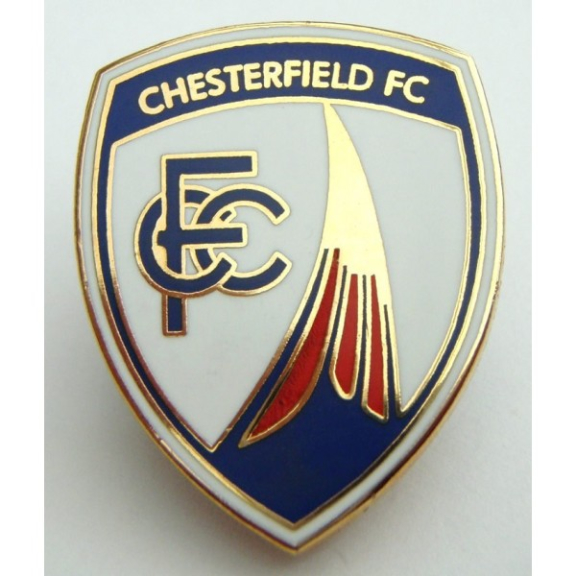 A much improved Chesterfield twice take the lead, to lose 3-2 in extra time.

There weres four changes made for this match, out came Ford, Randall, Bowery and Lester, replaced by Holden, Downes, Niven and Boden, Downes played centre back, Holden played it right back, moving Talbot forward to play right wing. Niven played in his usual position in centre midfield and Morgan partnered Boden up front, Whittaker moving to play as a left winger.

Straightaway the Spireites took the game to Rochdale, putting some nice moves together playing with pace and purpose. The Spireites fans were in good voice, although in less numbers than at Tranmere, although the stewards weren't too impressed with the fans at the back of the stand, who were using the corrugated wall as a drum, so were told off and told to sit down.

It wasn't long before Chesterfield took the lead, with Boden finding Whittaker who slotted the ball home. The lead was short lived as Rochdale caught Chesterfield on the break, Grimes providing the equaliser. Half-time: Rochdale 1 Chesterfield 1.

It stayed like that until extra time, when Jack Lester was brought down inside the penalty box. Whittaker confidently converted from the spot. Rochdale came close to equalising, Town were living dangerously. Eventually a cross came in and Mattis turned it into his own net. The scores stayed at 2-2 until Grimes scored his second goal to give Rochdale victory.

Spireites had upped their work rate, since Saturday and all their hard work nearly got them a victory. They can now go into Saturday's match against Stevenage confident they can get their first win of the season.

I managed to visit the Fish and Chip shop across from the away end. For future reference, if you are wanting a chip butty, please ask for a chip muffin, that's what they called in Rochdale. The chips were lovely and we were allowed to take them into the ground.

I am a blogger for the Derbyshire Times living in Chesterfield. I like to write about the Spireites, whom i follow Home and Away. I will be writing on here, about the season ahead, Match previews, Reports...