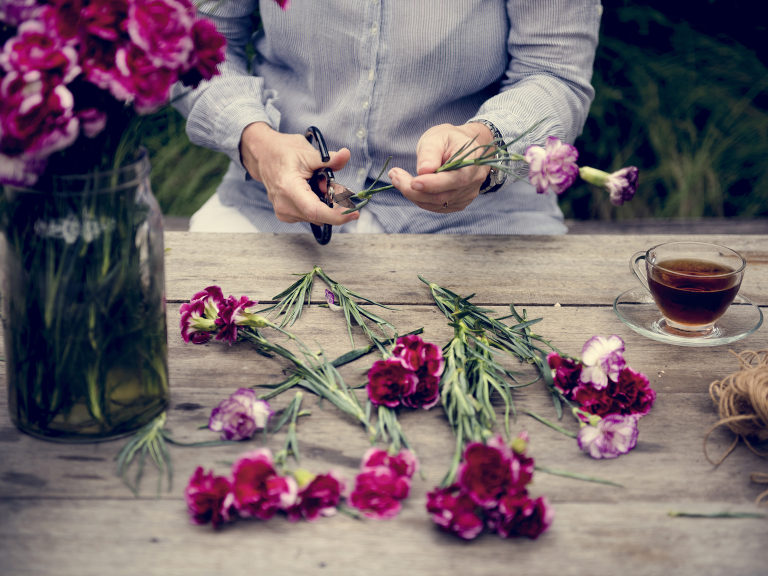 If you love walking you will love the walk around Llyn Y Fan Fach, (Lake of the small Beacon Hill) a beautiful lake in the west of the Brecon beacons National Park below the peak of the Black Mountain.  There is a legend attached to the lake which fascinates, according to folklore that dates back to medieval times a Carmarthenshire farmer once saw a beautiful woman sitting on a rock in the middle of Llyn y Fan Fach, after three attempts to woo her she finally agreed to marry him on the condition that he treated her kindly.  If he were to hit her three times without cause she would return to the lake.  The farmer agreed and they married and went to live in the village of Myddfai.

Because of her magical powers she could foresee future problems which may arise for certain individuals and this often made her cry, on three separate occasions her husband is said to have tapped her lightly to bring her round but unfortunately this was seen as being hit and the beautiful woman returned to the lake leaving her husband who was heartbroken to bring up their three sons alone.

As the sons grew up it seemed they had developed their mother’s powers and magical knowledge and over the years they chose to become healers and legend has it that they became the first in a long line of healers called the Physicians of Myddfai.  They used local herbs and plants to make potions and cures for headaches, coughs and colds, stomach ache and many other ailments.  Some of these ancient remedies are recorded in the Red Book of Hergest which currently belongs to Jesus College, Oxford and can be viewed in the Bodleian Library.

Llyn y Fan Fach has also been linked to the Lady of the Lake and Excalibur in stories and legends of King Arthur.

The last time I visited, I wasn’t sure where to park as it is not well signposted where the walk starts from, it is probably best to visit one of the local hostelries in Llanddeusant and ask one of the locals to tell you the way, anyway I parked my car in a nearby layby and started walking toward the lake but it was further away than anticipated and by the time I reached the lake there wasn’t much daylight hours left.  I really wanted to walk up along the ridge over the lake but I needed to get back to my car before dark so on this occasion I had to just be satisfied with seeing the lake from below, which was very peaceful and serene and still worth the walk, but next time I will be doing the whole walk which I am hoping to do in the next few weeks.

Being a qualified naturopath and acupuncturist I am very interested in the story of the Physicians of Myddfai and intend to visit Myddfai, where they have herbal gardens open to the public, when I do my walk around Llyn y Fan Fach.

If you are looking for beautiful scenery in peaceful surroundings, Llyn y Fan Fach has just the thing and it has been reported that you can often see the ghost of the beautiful woman while out walking around the lake at dusk.