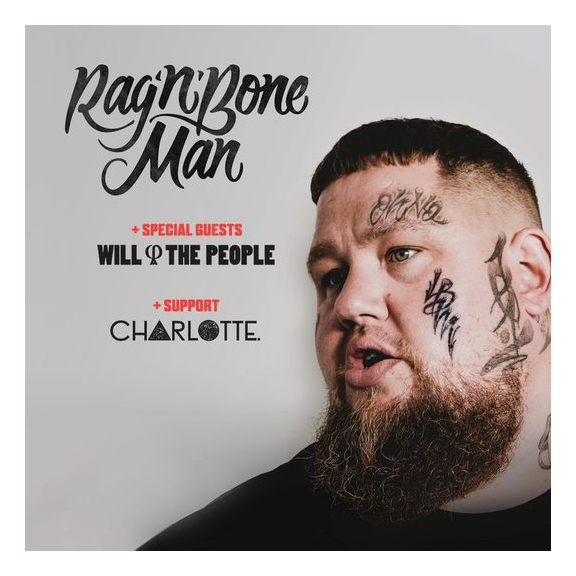 Rag’n’Bone Man will be performing at Cannock Chase Forest for Forest Live.

Having won the 2017 BRIT’s ‘British Breakthrough Act’ and receiving the BRIT’s Critics’ Choice Award in the same year, Rag‘n’Bone Man cemented his success with the record-breaking release of his 4 x platinum No. 1 album Human and a further BRIT Award for ‘British Single’ for the title track (Human) in 2018. The album has been recognised internationally, earning Rory sell-out tours and festival appearances around the globe.

Subsequent side projects include the monster hit collaboration track ‘Giant’ with Calvin Harris. He is currently working on his sophomore album, set for release in 2021.

Special guests Will and the People and support Charlotte will also perform on the night.

Contact us
Social Interaction
* thebestof cannot be held responsible for any changes, amends or cancellations of an event
Other local events
Event Categories
Website
We use cookies and similar technologies to improve and personalise your user experience, deliver add personalisation tailored to your interests on third party platforms and analyse our web traffic. Click 'ACCEPT' if you would like to allow all cookies. For more information on how we use cookies, please see our Cookie Policy. Learn More