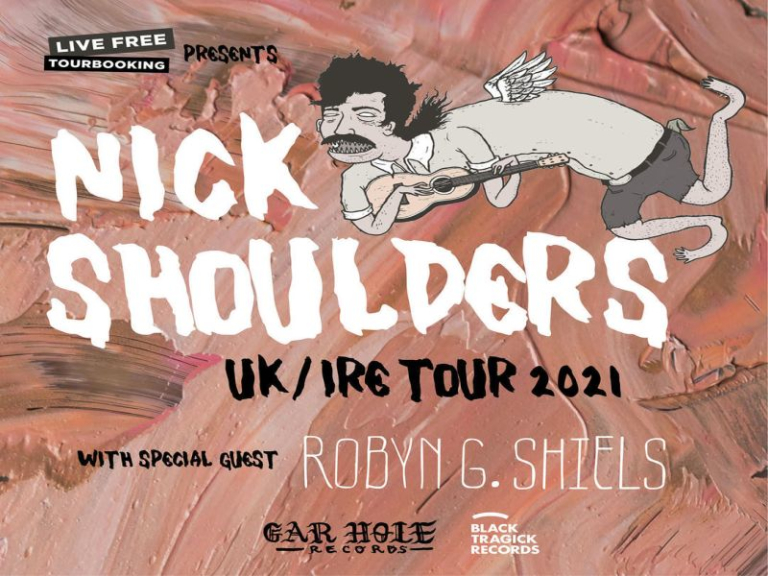 Wielding an ethereal croon and masterful whistle crafted from a lifetime chasing lizards through the Ozark hills, Nick Shoulders is a living link to the vocal roots of country music...with an undeniable weird streak. Combining his family's deep ties to regional traditional singing with years of playing to crowded street corners (and empty bars), Nick has created a hybridized form of raucously clever country music; born of forgotten rocky hollers and bred to confront the tensions of the 21st century South.

An avid illustrator and painter, Nick combines the manic rural wit of his songwriting with a visual world all of his own, one surreal album cover at a time. With a creative output steeped in the rugged landscape and complicated history of his beloved homeland of Arkansas, Nick crafts his work as a conscious (but loving) rebuke of country music, and its historic allegiances to power and regression. With a kind word and a mean yodel, Nick hopes to put the 'Try' in country.

Contact us
Social Interaction
* thebestof cannot be held responsible for any changes, amends or cancellations of an event
Other local events
Event Categories
Website
Email
We use cookies and similar technologies to improve and personalise your user experience, deliver add personalisation tailored to your interests on third party platforms and analyse our web traffic. Click 'ACCEPT' if you would like to allow all cookies. For more information on how we use cookies, please see our Cookie Policy. Learn More