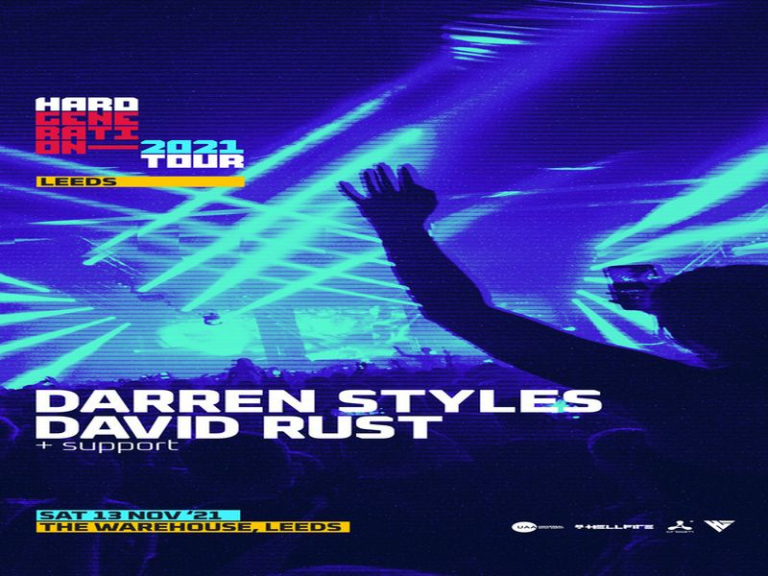 The HARD GENERATION 2021 TOUR, headed up by DARREN STYLES, will be rolling into The Warehouse, Leeds, alongside David Rust and more on Saturday 13th November.

Following on from the announcement that the HARD GENERATION 2021 TOUR, headed up by DARREN STYLES, will be rolling into The Warehouse, Leeds we are pleased to announce that DAVID RUST will also take to the decks on Saturday 13th November 2021.

DAVID RUST; the Scottish born DH / Producer is definitely a name on the rise and without a shadow of a doubt one of the most promising new age hard trance artists. A DJ first and foremost, taking a huge influence from the blistering technical Decks 'n' FX styles of DJs such as Eddie Halliwell and Jordan Suckley. He is a true performer who fuses various upbeat styles on the more intense end of the Trance and Hard Dance spectrum.

David joins the bill on the Leeds stop of the HARD GENERATION 2021 tour, an all-new concept that will be bringing you a series of very special guest DJ's from the world of Hard Dance, joining none other than one of the scenes biggest trailblazers DJ/Producer Darren Styles.