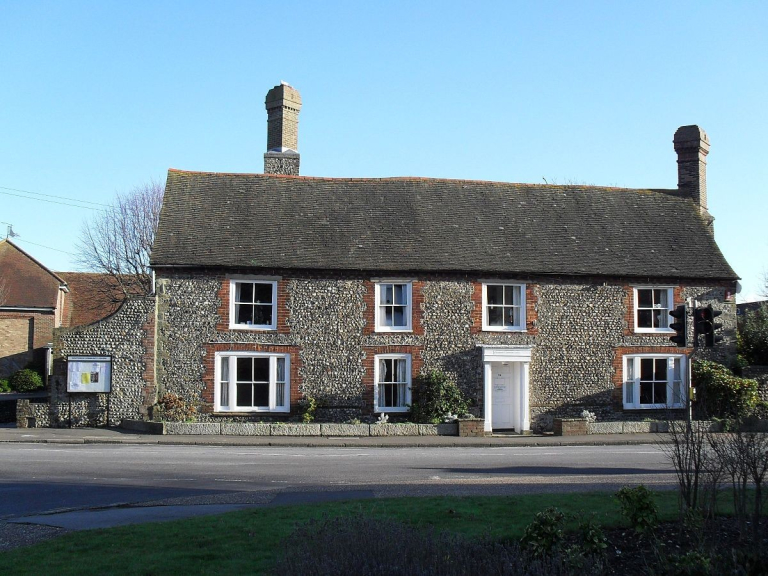 Southwick is a small town in West Sussex, located only about five miles away from Brighton. It was mentioned in the Domesday book first in 1085, even though the recorded name was Esmerwick, its Saxon name. In 1309, it was recorded as Southwick for the first time.

The town was quite isolated before the railway arrived on the 12th May in 1840. Afterwards, the development of Southwick was connected with the rising popularity of the coast as a holiday destination. Therefore, many houses at the time were not for the residents but for tourists.

Now, it has some interesting historical attractions for people to visit along with a shopping centre full of small shops, some good pubs and the famous Barn Theatre, home to the Southwick Players who put on regular performances of old and new plays all the year round.

Places you can visit in Southwick include:

Manor Cottage:
The Manor Cottage can be dated back to the mid 15th century. It was built as an open hall, with wattle and daub walls, an oak frame and possibly a thatched roof. This was not a cottage for labourers but for a yeoman farmer. Henry VIII dissolved the priory and sold the land. At the end of the 16th century the cottage was bought by Henry Smith, who passed it to Smith's Charity after his death. The charity still exists today.
Southwick Roman Villa:
The villa can be dated back to the 1st century AD and was one of the most important villas in Sussex. Nevertheless, there is no obvious relationship between the later settlement in Southwick and the site of the villa. The last essential excavation of the villa was during the 1930s. Afterwards, Manor Hall Road was driven through part of it.  These days, there is a permanent exhibition about the history of the villa on the site.
Thanks to the local schools, plenty of space, tight community and active theatre in Southwick, there is usually a lot going on particularly in the summer.  Visit  our Southwick page to keep up to date with the latest events and special offers from the area.
More