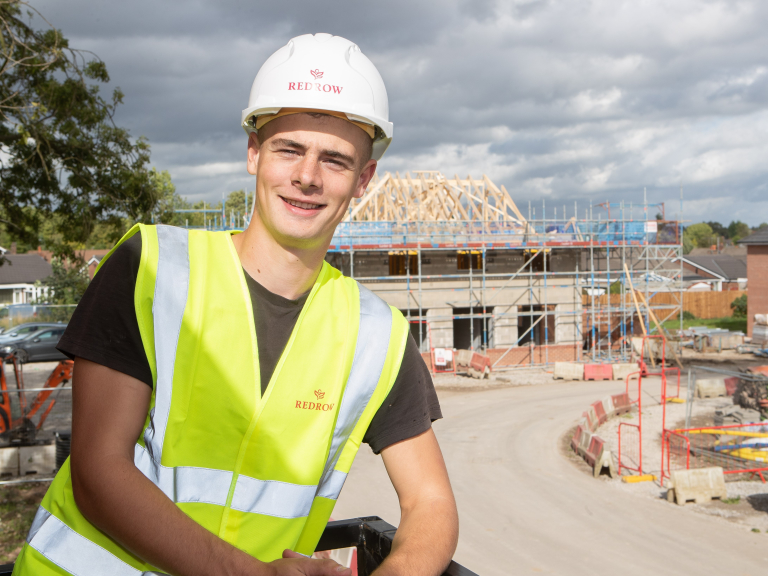 A 20-YEAR-OLD from Blackpool has been earmarked for a bright future in the construction industry after being named Redrow’s Regional Apprentice of the Year 2018 for Lancashire.

Matt Willis has impressed his peers with his high levels of enthusiasm and willingness to go that extra mile in all areas of work as an apprentice joiner.

Hands-on experience had been gained supporting Redrow’s construction of new homes around Lancashire, including the build of family homes in Tabley Green, Preston, The Hedgerows in Clayton-le-Woods and Pear Tree Meadows, Astley.

Matt’s commitment to quality whilst working with Redrow has helped him on his way towards netting a hat-trick – gaining a full-time role with Redrow contractors, Leyland-based DNA Construction, earning an NVQ Level 3 in Joinery and now winning a prized apprentice accolade. 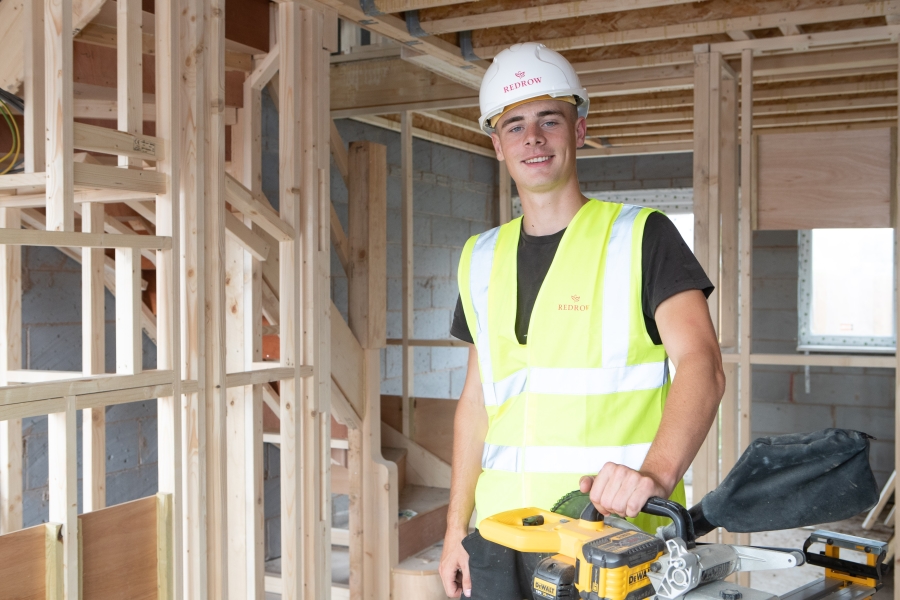 The unassuming former Blackpool & The Fylde College pupil said news of his award had come as something of a surprise.

“It’s not really sunk in if I’m honest but of course, it’s just great news,” he said.

“There are a lot of people I have to thank for helping me, including Redrow – who have given me so many opportunities to get out and about and develop. I’d also like to thank DNA Construction who I am working with now at a number of Redrow developments.”

Anne Collard, who has been Matt’s apprenticeship-coordinator for Redrow (Lancashire), feels Matt has all the right attributes to realise his ambitions.

“Matt has worked very hard over the last couple of years and we believe he has a very bright future ahead of him,” she added.

Redrow’s first ever national apprenticeship awards was recently held at Jury’s Inn, Hinckley in Leicestershire, where Matthew was officially crowned Apprentice of the Year in the Lancashire category. Each regional winner was put forward for a national prize, with apprentice painter and decorator Courtney Baker-Edwards, from Redrow’s South West division, winning an overall award.

Redrow offers a wide range of apprenticeships, including carpentry, electrical, bricklaying and plumbing, as well as office-based apprentices in a variety of administration, technical and commercial roles.

Around 15% of Redrow’s total workforce are apprentices or trainees and Redrow has been a Top 100 Apprenticeship Employer for the last five years.

For more information on becoming an apprentice with Redrow, see the website: www.redrowcareers.co.uk/apprentices

The winner of Hillstart free prize draw is..
Sign up for offers
Sign up for what's on guide
Popular Categories
By clicking 'ACCEPT', you agree to the storing of cookies on your device to enhance site navigation, analyse site usage, and assist in our marketing efforts.
For more information on how we use cookies, please see our Cookie Policy.