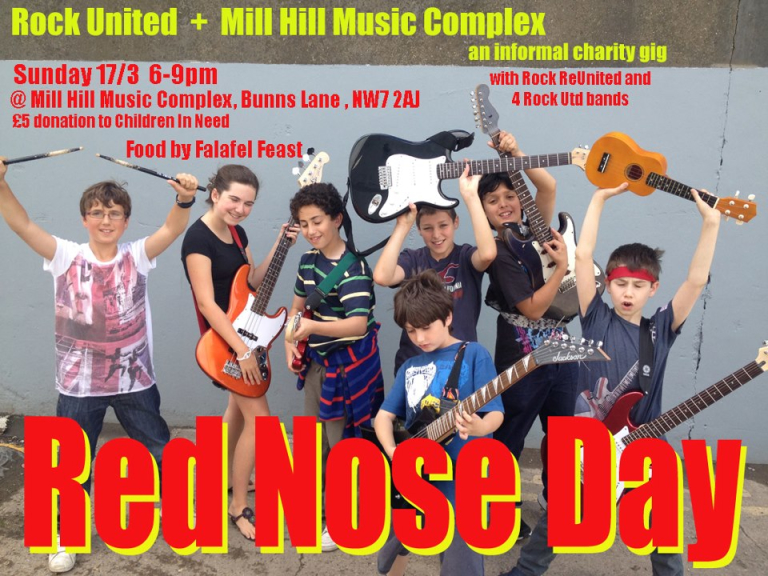 Lots of money was raised for Comic Relief in March - here's the story of one great event in the borough of Barnet.

Rock United, Falafel Feast and Mill Hill Music Complex combined to bring great music and food together all in aid of a great cause – Comic Relief’s Red Nose day.

So on Sunday 17th March they opened the doors and performed in front of a live audience for the first time.

Rock United, run by Ivor Goldberg, is a holiday and after school club giving young musicians the opportunity to learn, practice, play together in a band, make great music, perform and record it.

At the concert, 7 acts performed including Rock Reunited, their seniors group.

And to top it all off Falafel Feast, run by Simi Goldberg, catered the event serving her delicious falafel dishes.

Congratulations to everyone who took part and helped to raise so much for Red nose Day.

See lots more about it on their Facebook pages - Rock United and Feast.