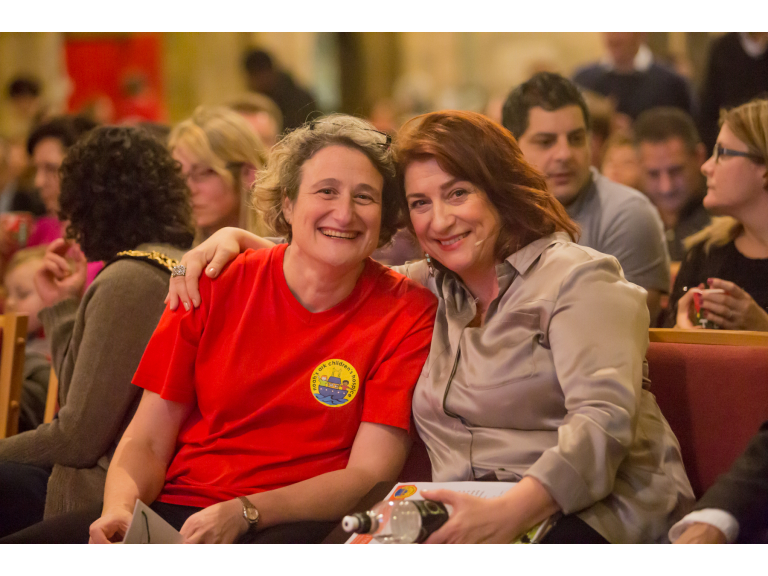 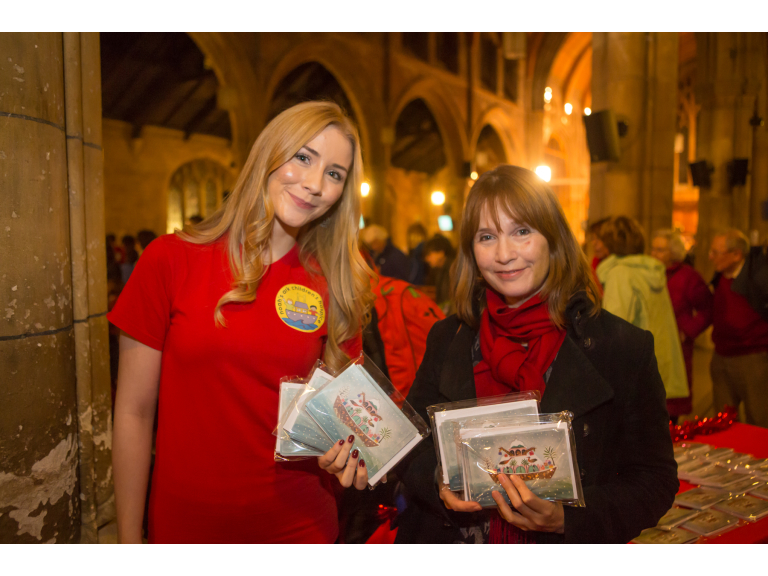 On Thursday 27 November over 350 people attended Noah's Ark Children's Hospice's  first Precious Moments Concert which was held in the beautiful surroundings of St James' Church, Muswell Hill.
The concert was hosted by actress Caroline Quentin and attended by the Mayor of Haringey, Councillor Kaushika Amin.
The concert was held to mark the start of the festive season and to launch the charity's 'Make a Memory' campaign. Taking part in the event were choirs from Coldfall and Rhodes Avenue primary schools; singers from the Crouch End Festival Chorus and the Camden Gospel Choir.
Speaking after the event Caroline Quentin said: “I was delighted to host Noah’s Ark’s Precious Moments Concert and also to help launch their ‘Make a Memory’ campaign. It’s always a pleasure to support charities, like Noah’s Ark, who do such great work in the community. I really loved meeting everyone, especially some of the children and families who receive their support. It was a magical and inspiring evening.”
Well known conductor and musical director of the Concert, David Temple said: “Noah's Ark is doing an amazing job of supporting and caring for many seriously ill children in our community and this is just one way of showing our appreciation and thanks for all their hard work."
The ‘Make a Memory’ campaign aims to raise funds to support the charity’s community service, as well as raise awareness of the fantastic work carried out by its staff, volunteers and supporters.
Ru Watkins, Noah's Ark Chief Executive said: “This is truly a wonderful time for Noah's Ark. We have a lot to be proud of, not only in terms of what we have achieved in recent years but also with regard to our plans to develop and grow our services in the near future.
This Christmas we will be thinking especially about the precious moments we share with our own families and friends, and asking members of the public to think about the children and families we support here at Noah’s Ark by getting involved with our ‘Make a Memory’ campaign. This concert was a great example of children and community groups coming together to support other children in the community – it was the perfect start to our winter campaign. A big thank you to Stephen James BMW for their support and to all the choirs involved.”
The ‘Make a Memory’ campaign - which features the stories and images of four children currently supported by the charity – was designed, pro bono, by Islington based design agency, Cherry.
For more information about the Make a Memory campaign, call Noah's Ark Children's Hospice on 020 8449 8877 or send an e-mail to rsevern@noahsarkhospice.org.uk.
More