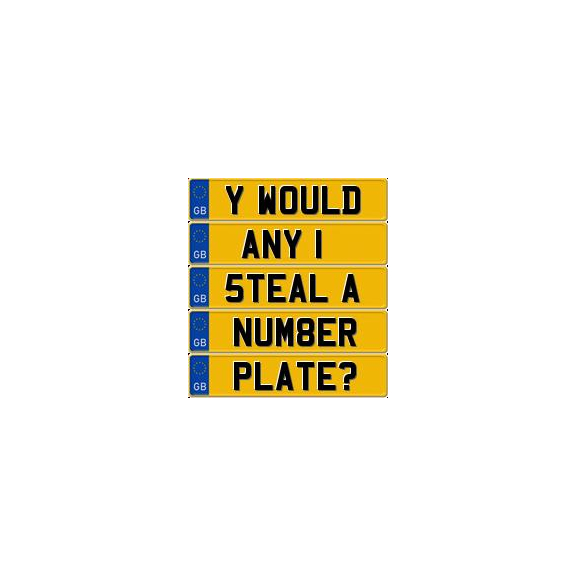 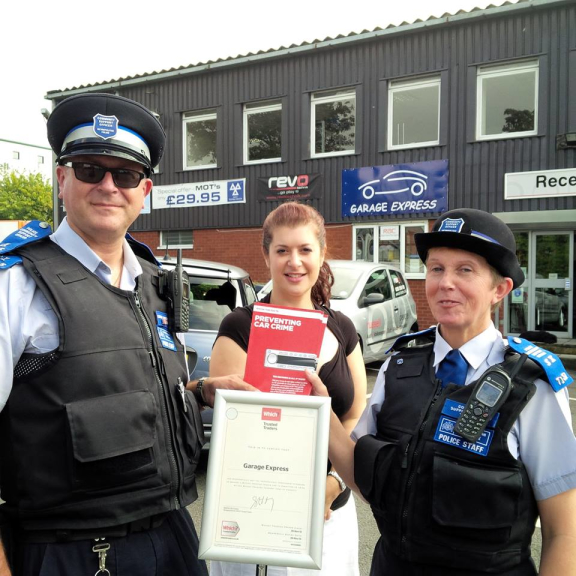 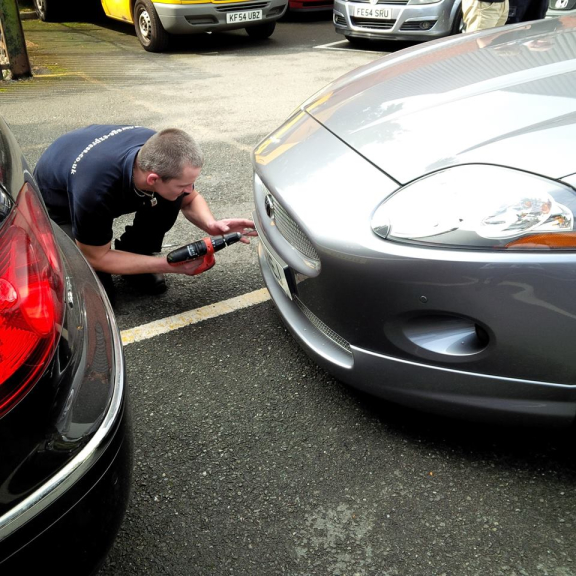 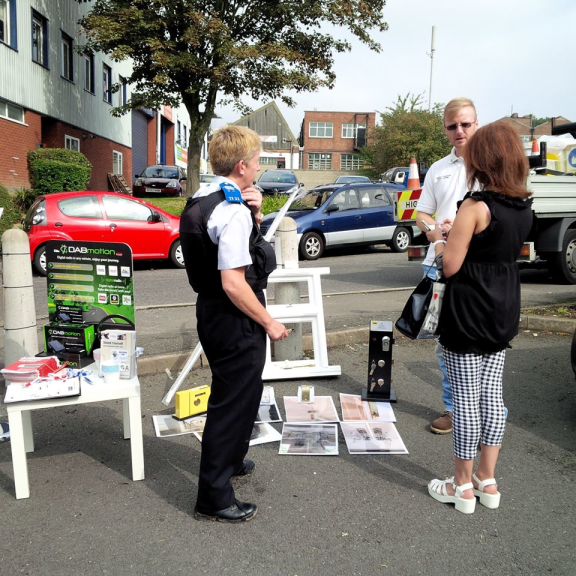 The Award Winning North London garage teamed up with Inside Edgware to offer local residents the opportunity to get anti-theft number plate screws fitted to their vehicles for free.

Inside Edgware is the local Facebook page run by The Edgware Ward Panel (EWP) part of the Edgware Safer Neighbourhoods Police Team.

But why would you need extra security for your number plate?

Thieves steal number plates and fit them to the same model/colour car as yours.  They then park in restricted areas, drive through the congestion zone, not pay for petrol and leave you with the fines.

This crime is on the increase.  As you are the only documented owner of the vehicle you end up having to pay the fines or prove it wasn’t you, which is more difficult than one would think.

So what do anti-theft number plate screws do?

Well quite simply they make it a lot harder to steal your number plate than regular screws.  This means an opportunist thief probably won’t be able to steal your plates as they are very time consuming to remove.

In addition to the free fitting, there were also Neighbourhood officers on-hand at Russell Automotive Centre offering other crime prevention advice and a local locksmith providing general advice on keeping your properties secure.

Christ’s College Finchley wins MylocalPitch’s Outstanding Sports Facility Award for April
Sign up for offers
Sign up for what's on guide
Popular Categories
We use cookies and similar technologies to improve and personalise your user experience, deliver add personalisation tailored to your interests on third party platforms and analyse our web traffic. Click 'ACCEPT' if you would like to allow all cookies. For more information on how we use cookies, please see our Cookie Policy. Learn More