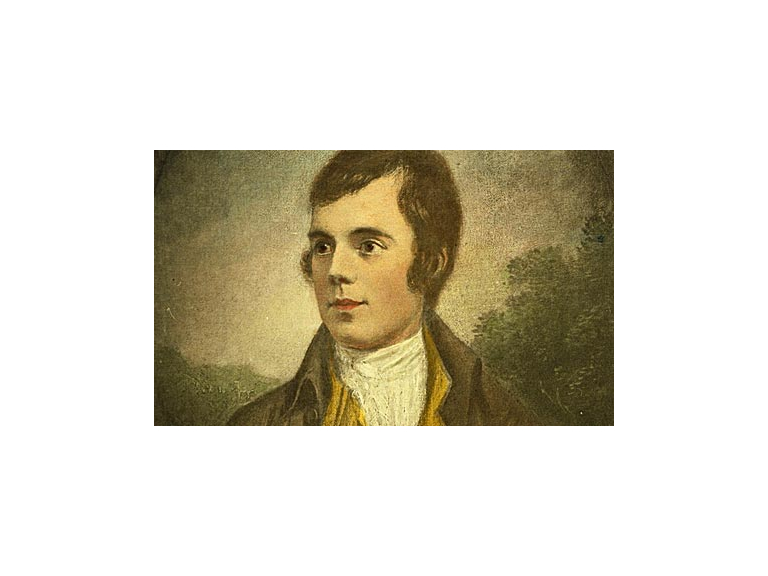 A Burns supper is a celebration of the life and poetry of the poet Robert Burns, author of many Scots poems and generally held on or near the poet's birthday, 25 January.

The first suppers started at the end of the 18th century by Robert Burns' friends on the anniversary of his death, 21 July. The Mother Club was the first Burns club and was founded in Greenock in 1801 by merchants born in Ayrshire, some of whom had known Burns. They first Burns supper took place on what was thought to be his birthday - 29 January – but was subsequently discovered to 25 January.

Burns suppers may be either formal or informal. Informal suppers typically include haggis (a traditional Scottish dish), Scotch whisky and the recitation of Burns' poetry. Formal dinners are hosted by organisations such as the Freemasons or St Andrews Societies and occasionally end in a céilidh when ladies are allowed to attend. The format for the formal supper is as follows.

At the start of the evening guests gather and mix as in any informal party. The host then welcomes everyone and announces the event is open.

Once all of the guests are seated grace is said, usually using the well-known thanksgiving Selkirk Grace.

Some hae meat and canna eat,

And some wad eat that want it;

But we hae meat, and we can eat,

And sae let the Lord be thankit.

The supper then starts with the soup course usually a Scottish soup such as Scotch Broth, Potato Soup or Cock-a-Leekie.

Entrance of the haggis

Everyone stands as the main course of a haggis on a large dish is brought to the host’s table led by a piper playing bagpipes. The host recites the “Address To a Haggis”:

Aboon them a' ye tak your place,

As lang's my arm.

The groaning trencher there ye fill,

Your pin wad help to mend a mill

While thro' your pores the dews distil Like amber bead.

An' cut you up wi' ready slicht,

And then, O what a glorious sicht,

Then, horn for horn, they stretch an' strive:

Deil tak the hindmaist! on they drive,

Is there that o're his French ragout

Or olio that wad staw a sow,

Or fricassee wad mak her spew

On sic a dinner?

As feckless as a wither'd rash,

His spindle shank, a guid whip-lash,

His nieve a nit;

But mark the Rustic, haggis fed,

The trembling earth resounds his tread.

Clap in his wallie nieve a blade,

And dish them out their bill o' fare,

But, if ye wish her gratefu' prayer,

Gie her a haggis!

As the host recites the line “His knife see rustic Labour dicht” he draws and cleans a knife, and then at the line “An' cut you up wi' ready slicht” he will plunge it into the haggis and cut it open from end to end.

Following the poem a whisky toast will be proposed to the haggis and then everyone will sit and enjoy the meal. The main course is haggis, and is traditionally served with tatties (mashed potatoes) and neeps (mashed turnip). Traditional Scottish recipes will appear for further courses. For example dessert may be cranachan or Tipsy Laird (Whisky trifle) followed by oatcakes and cheese, all washed down with the "water of life" (uisge beatha) – Scotch whisky.

While coffee is served, there are a number of speeches and toasts including:

One of the guests will give a short speech reflecting an aspect of Burns' life or poetry followed by a toast to Robert Burns.

Toast to the Lassies - originally a short speech given by a male guest in thanks to those women who had prepared the meal but in modern age is much more wide ranging.

Following the speeches and toasts there may be singing of songs and by Burns -- Ae Fond Kiss, Parcel O' Rogues, A Man's a Man, etc—and poetry recitals - To a Mouse, To a Louse, Tam O' Shanter, The Twa Dugs, Holy Willie's Prayer, etc.

At the end of the evening the host will wind things up by calling on one of the guests to give the vote of thanks, following which everyone stands, join hands, and sings Auld Lang Syne bringing the evening to an end.

Wherever you may be enjoy Burns Night and check our events pages for details of Burns Night celebrations!

What is cross promotion and how does it benefit your business?